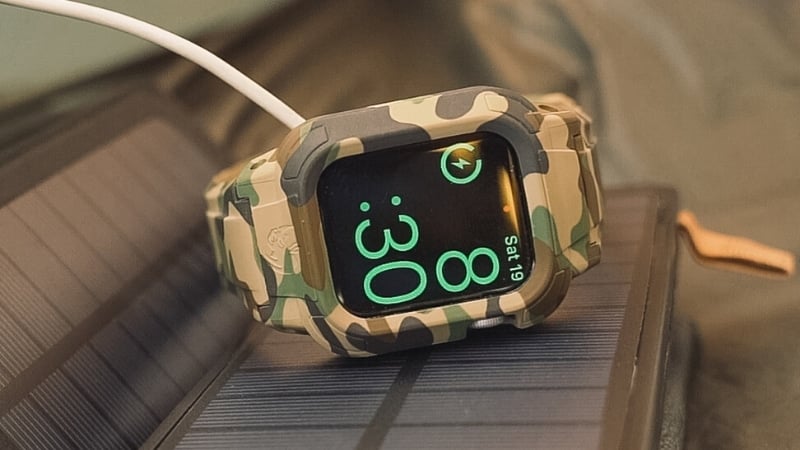 Durable? Check. Comfortable? Check. Stylish? Checkmate. These are our picks of the best Apple Watch bands money can buy. Protect your tech in style. 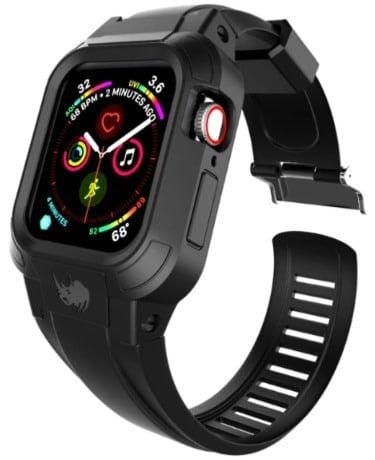 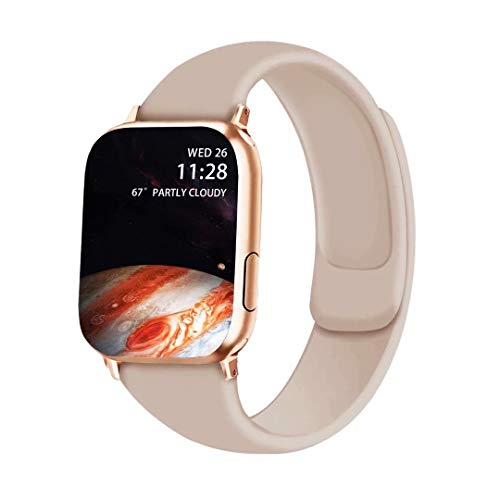 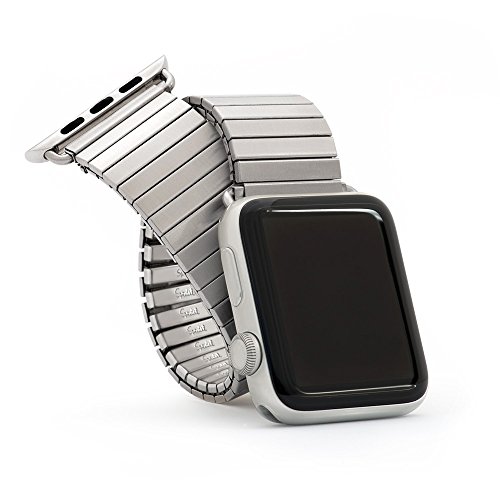 If you’ve got an Apple Watch , then this next sentence won’t surprise you:

It’s one of the most versatile accessories out there.

Maybe you use it to keep an eye on work tasks.

Maybe you wanted it because it looks great.

Chances are you picked up an Apple Watch because it does all of the above. But what looks good at the gym doesn’t necessarily work in the boardroom. And sometimes a stylish look won’t hold up to a tough workout.

That’s where a great watch band comes in.

If you’ve got a small collection of straps, you don’t have to worry about stinking up your favorite leather strap. You can swap out that sturdy band for something sleek and elegant for date night.

The options are endless.

That’s why we’ve put together this list of our 5 favorite Apple Watch bands.

Rugged, playful, or classic—you’ll find everything to take you through your busy day-to-day.

There aren’t a ton of reviews out there for the Rhino Band. The reviews on their site are all positive, earning 4.5 stars.

We recommend buying through the official site only. It looks like a fake account on Amazon used their name and sold some terrible straps. Rhino Band doesn’t have an Amazon seller account.

The Rhino Band Stealth took a beating when we tested it out. Most importantly, though, it kept our Series 5 Apple Watch safe.

This protective strap has a bulky look to it, which may not be for everyone. But if you love the outdoors and hit the gym regularly, you’re going to want something to keep your Apple Watch safe.

Our number one choice for protection is the Rhino Band Stealth.

While we'd love to see some more aesthetic style options available, the Rhino Band Stealth is an excellent choice if you need or want to have your Apple Watch equipped at all times.

Reviewers mentioned that pictures weren’t always a great color indicator. Many also reported that the strap was shortened with the new series of Apple Watches—if you have a large wrist, you may want to look elsewhere for a band.

Besides those two main complaints, reviews were positive. With a 4.6 rating and nearly 100 reviews, we say that’s a pretty good record.

It’s a good choice for those with average to smaller wrists, but keep looking if you have above-average sized wrists.

Apple Watch Sport Loop Band Check Best Price on Amazon
If you click this link and make a purchase, we earn a commission at no additional cost to you.

With a 4.4 average rating and over four thousand reviews, IYOU is well-tested. A lot of reviewers mentioned great customer service which is a bit of a surprise.

Usually, with products under $10, I don’t expect to see or hear from the company again, even if I have a problem. But that’s not the case with IYOU. Most people who had manufacturer issues had their problems taken care of quickly and easily.

So it’s not the most elegant accessory you can get for your Apple Watch. But it’s inexpensive.

And it comes in pretty colors.

These are a good option if you want to pair your watch with a bunch of different casual outfits but don’t want to spend a fortune on five or six different straps.

Whatever you do, don’t try and pass these straps as anything but what they are—that means no black-tie functions.

IYOU Sport Band Check Best Price on Amazon
If you click this link and make a purchase, we earn a commission at no additional cost to you.

For those who were looking at Apple’s stainless steel option, this was a perfect substitute. It looks good, fits well, and doesn’t break the bank.

You’ll have a hard time taking links out of this Spiedel band. There’s no way around that, and the reviews say the same. But once you get it down, this strap is an excellent alternative to Apple’s stainless link option. Spiedel Twist-O-Flex Stainless Steel Band Check Best Price on Amazon
If you click this link and make a purchase, we earn a commission at no additional cost to you.

The reviews for the NEXT leather and silicone band are positive, with over 60 customers giving it a 4.4 average. The biggest issue we saw pop up was with the pins. For some, the attaching pins came out easily.

We recommend checking your purchase as soon as you get it just to make sure you don’t have a defect. For most, though, there was no problem.

The blend of silicone and leather found on the NEXT band is a good balance between what I call tech-casual and classic style.

You get the warm look of leather, but in a way that compliments the cooler, more technical design of the Apple Watch. 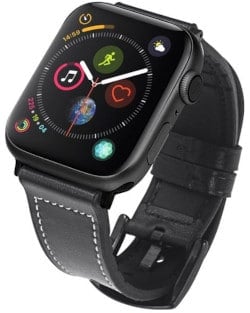 NEXT Hybrid Leather Band Check Best Price
If you click this link and make a purchase, we earn a commission at no additional cost to you.

3 Things to Consider When Buying an Apple Watch Band

Which Series Do You Have?

It may seem obvious, but make sure you’re buying the correct size strap for your Apple Watch .

While series 4 and 5 Apple Watches are 40 and 44mm, if you have a series 3 or below, you’ll need a specific band. The lug widths are different between each generation.

For our list of five bands, the seller will make it clear which generation and size you’re buying. We’re only saying you should double-check.

What’s the main use of your Apple Watch?

If you use it for work, checking emails, and updating your calendar, get one of the classier style straps first.

If you take your watch to the gym to use as a fitness tracker, make sure you protect it with something sturdy. You don’t want to bump your $500 watch against a dumbbell and shatter the screen.

Start with a band that you’ll get the most use from. After you’ve covered the main function, you can start building a small collection—and even change your strap throughout the day.

Is Longevity Important to You?

Are you a tech-junkie and you’re already looking forward to the next generation of Apple Watches?

Or did you go all out and splurge on something nice for yourself that you’ll have for years?

If you only see yourself wearing your Apple Watch for another year or so, you may want to just pick up a few cool straps in different colors to hold you over until the next generation comes out.

But if you plan on using it every day for years to come, you should invest in a great band that will keep your watch safe.

The Apple Watch  is a solid tool—for workouts, for productivity, for getting your life in order. If you’re an Apple tech convert already, it’s even more useful as a sync to your iPhone or other Apple devices.

But having a single strap limits where and how you can wear it.

Going camping? You don’t have to leave your watch behind anymore. There are options out there that can keep your Apple Watch safe in any situation.

Want something fun, simple, and adventurous? Pick up a few of those silicon colored bands. Sure, they’re not hallmarks of great style, but they work in casual outfits when you’re not too worried about impressing.

So open up new possibilities for where and how you wear your watch. Once you’ve got your new strap, you’ll see what we mean. 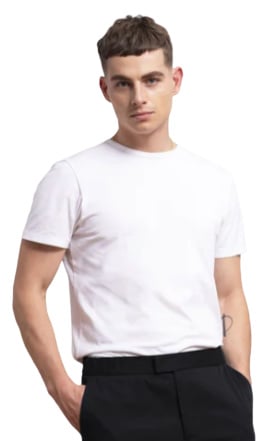