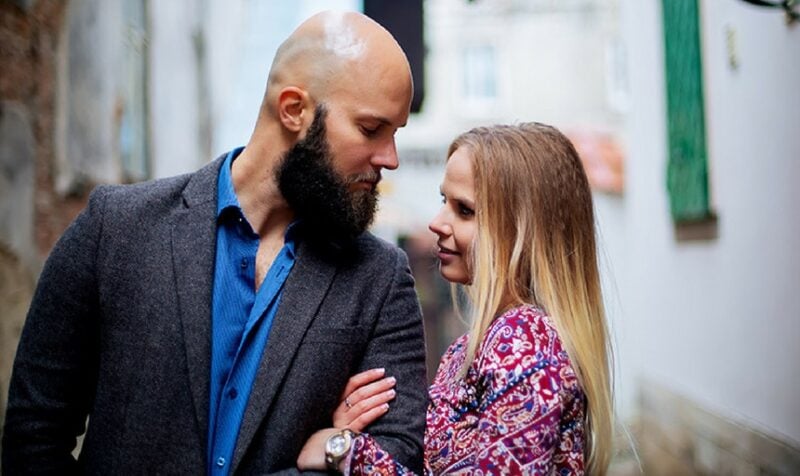 Let’s start with a question.

How many young men do you think suffer from the effects of genetic hair loss?

You may be surprised to note that around 40% of men suffer from noticeable hair loss by their 40s, with male pattern baldness the key driver of this.

By the age of 60, an estimated 65% of men will have showcased signs of genetic hair loss, while this number increases to 80% in citizens aged 80 or older.

This underlines the prevalence of male pattern baldness in the modern age while highlighting just how likely it is to impact on younger men.

For young men in their teens or early 20s, there’s no doubt that it can be a tremendous source of stress, anxiety and in some instances depression.

With this in mind, we’ll address this issue in the article below, while setting out the four key steps you can take to conquer male pattern baldness.

For males who do begin to lose their hair at an early age, there are a number of social implications that can weigh heavily over a period of time.

This can prompt a serious of rash, costly and potentially futile decisions pertaining to so-called treatments, while only serving to exacerbate any feelings of anxiety and hopelessness that may occur as a result of premature hair loss.

So, while young men may remain at the mercy of their emotions during what can be an immensely challenging time, it’s important that they seek out objective and actionable advice that enables them to cope with and eventually conquer genetic hair loss.

They’ve delivered numerous results that tread the fine line between the sublime and the ridiculous, from hair transplants to micro scalp pigmentation (in which layered and natural pigments are applied at the epidermal level of the scalp to replicate the appearance of follicles).

While this growing range of treatments may be diverse, they typically share one common feature. More specifically, they’re ill-equipped to tackle the permanent nature of male pattern baldness, which is underpinned by a genetic imbalance and hypersensitivity to the hormone DHT (Dihydrotestosterone).

In the case of hair transplants, for example, prominent celebrities such as Wayne Rooney have undergone multiple operations at an extraordinary cost in order to maintain the illusion of having a full head of hair.

Even in instances where scalp micro pigmentation is applied, progressive changes in your hairline and the color of your hair may drive the need for multiple treatments, while this can a strange aesthetic as you grow older.

So, while the emotionally charged nature of premature hair loss makes it perfectly understandable that young men would seek out such advanced and publicized treatments, it’s important to remember that these techniques fail to recognize the permanent and genetic nature of male pattern baldness.

Instead, they simply delay the rate at which individuals lose their hair while perpetuating emotional peaks and troughs that can make the process of male pattern baldness even more difficult to cope with.

There’s no doubt that developing a greater understanding of male pattern baldness can help you comprehend its true nature and regulate your response, while also saving you potentially thousands of dollars in so-called treatments.

This does not necessarily make it any easier to accept your new reality, however, as the emotional and social implications of losing your hair at an early age can continue to undermine your mental health.

As a result of this, it’s imperative that you use this newfound understanding as inspiration to challenge your mindset, as you look to question the perceived negative implications of male pattern baldness and actively seek out potential positives (rather than chasing fanciful and ultimately ineffective treatments).

These will vary depending on your precise circumstances, but they may include everything from saving time and money on maintaining your hair to having the opportunity to cultivate a bold, new look.

The key is to identify positive consequences that are relevant to you, as this will alter the way in which you consider genetic hair loss over time.

At the same time, it’s also worth attempting to consider male pattern baldness in its true context.

After all, this condition is not life-threatening or indicative of ill health, while the impact that it has on the human body is purely aesthetic.

This type of approach will also diminish some of the emotional negativity that surrounds male pattern baldness, enabling you to develop a genuine sense of perspective that breeds more positive thinking.

With a more positive, open and informed mindset, you’ll come to consider male pattern baldness in an entirely different light.

This will make it far easier to accept premature hair loss and minimize the impact that it has on your life, while helping you to identify the best ways to embrace your circumstances going forward.

In some respects, young men may well grieve for the loss of their hair when afflicted by male pattern baldness.

While this may seem a little dramatic, it reflects the sudden and often unexpected nature of premature hair loss, while it also partially explains why reflection, understanding and positive thinking can help you to cope with the emotional fall-out.

When grieving for the loss of a friend or loved one, however, you have little control over the process and must allow it to run its full course before you can move on with your life. The same cannot be said for coping with male pattern baldness, however, as while genetic hair loss may have an inevitable outcome there are ways in which you can affect your destiny and assume responsibility for your circumstances.

More specifically, genetic hair loss follows an established pattern that is easily identifiable. It starts with a receding hairline and thinning of the hair around your temples, for example, before you begin to lose hair in the crown area and the top portion of the scalp.

While these stages may be progressive and well-known, however, there’s no fixed rule that says you have to go through every single one or simply bide your time until you go bald naturally.

Instead, you can seize the initiative and shave your head, taking full control of your hair loss and taking decisive action in the process.

We’re not saying that this is easy. In fact, this type of bold and proactive step may be beyond some young men during the early stages of hair loss.

However, there’s no doubt that it can be exceptionally empowering, as it represents your willingness to tackle a seemingly insurmountable challenge and achieve a positive resolution that enables you to successfully move on with your life.

The process of actively shaving your scalp can also be symbolic of entering a new chapter in your life, while simultaneously restoring confidence and affording you the strength to deal with any future challenges that may be thrown your way.

In instances where you cannot bring yourself to shave your own head, you should consider asking a friend or at least employ the services of a trusted, mobile barber. This can provide a much-needed helping hand in some respects, and one that helps you to take control of your life.

In many ways, you cannot claim to have truly conquered male pattern baldness until you’ve seized control of your hair loss and fully embraced this as a positive development in your life.

After shaving your head, one of the best ways to achieve this is to leverage your bald scalp as the foundation for a bold new look.

The precise nature of this look is largely unimportant (although your partner may disagree), but it is crucial that you cultivate an image and sense of style that celebrates your baldness.

For example, studies have shown that when you go bald, your head instantly appears smaller. This, in turn, makes your shoulders and traps look bigger, creating a more appealing, muscular aesthetic.

So, you can accentuate this by hitting the gym and wearing slim-fit clothing, as this also maintains the proven perception that bald men are stronger, dominant and more confident than those with a full head of hair.

Growing a beard can also compliment your bald head, as it draws attention away from your scalp and creates an entirely more balanced look. Goatees and designer stubble have proven particularly popular in recent times, particularly among Hollywood’s growing army of bald, leading men.

While there’s no doubt that experiencing male pattern baldness can be a harrowing experience for men (and particularly younger males), this condition is progressive and cannot be stopped by any known treatment or so-called “cure”.

With this in mind, the only real way to conquer male pattern baldness is to accept and embrace it fully, primarily by understanding its nature, challenging your mindset and seizing full control of your new reality.

With these four steps, you can hopefully negate the emotional pitfalls of losing your hair at an early age, and create a bold new look that truly empowers your future.

Heads up: This is a guest post by Paul. The views expressed in this article are his own & The Adult Man takes no legal responsibility for any consequence regarding the information in this post. 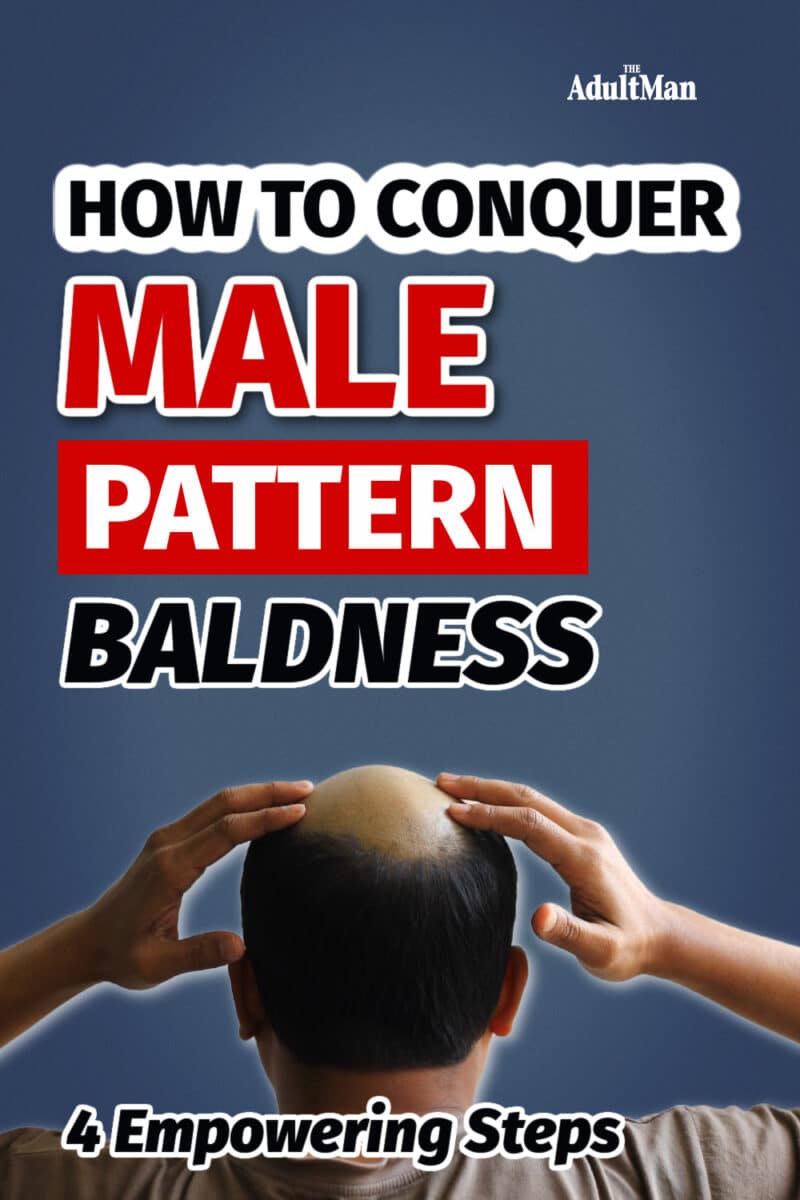 Paul Inman is a businessman, entrepreneur and lover of life and travel. Paul is an old-school gentleman and founder of The Bald Gent, a site dedicated to providing the best tips and advice to those experiencing the problem of hair loss.

The kind of sneakers you'll want to keep clean 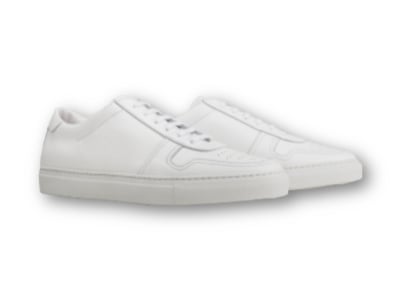 Danish made denim that feels the business 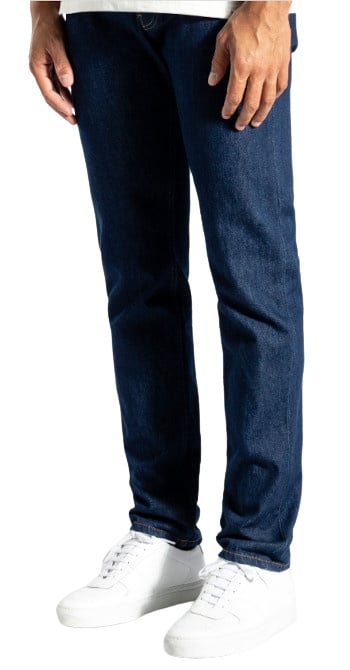 Shop Norse Projects Denim
If you click these links and make a purchase, we earn a commission at no additional cost to you.
Get Our Free PDF Guide